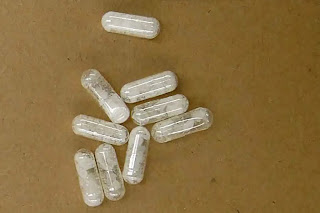 After last issue’s article about the growing sport of pickleball, we heard a rumor about nude pickleball becoming the next big recreational sporting trend in Northeast Florida. After a little research, we learned nude pickleball, along with a whole lot of other clothing-optional activities, is true but not necessarily in Jacksonville.

Bottom line (pardon the pun), we discovered there is just about every kind of sport available for those that like to bare their bums for more than just sun, including but certainly not limited to volleyball (beach and water), tennis, horseshoes, horseback riding, dancing, nature hiking and running.

Nude sports aren’t a new thing as the first real nudist outing in America occurred in 1929. It wasn’t so easy for nude enthusiasts at the time, though, as legal troubles came into play as the public acceptance of nudism was slow to develop. It wasn’t until the 1970s that attitudes began to change. In 1972 the California Supreme Court declared that “nudity” was not itself illegal unless accompanied by “lewdness” opening the door for future pro-nudist legislation and for more nudists to strut their stuff. Fast forward to 2022 and times have certainly changed. Today there are parks, beaches, resorts, casinos, cruises and clubs all over the country dedicated to naturism (which has become the preferred term for nudism). Folks who participate claim being nude around others promotes positive body image, boosts self-esteem and gives a sense of freedom. Hence, a belief that it is good and healthy to wear no clothes is considered being a naturist.

In 2014 a petition was launched to create a clothing-optional area in Jacksonville Beach, but it didn’t get far, as the Jacksonville Beach mayor at the time made it clear that wasn’t happening on his watch. Another attempt, which garnered more than 2,500 signatures, was made for a quarter-mile section of Hanna Park to be designated clothing-optional, but local politicians were quick to shut that idea down too.

Not having a legally-designated areas hasn’t stopped local naturists from enjoying their freedoms, however. Jacksonville is the home to First Coast Naturists and the Northeast Florida Naturists. Both include members from various walks of life, income levels, races, creeds and religious beliefs. To be clear, neither of these organizations is a swingers group. Rather, they vow to practice non-sexual, ethical nudism at club events and offer gardening, bowling, swimming, dancing, camping and even naked karaoke.

Until Jacksonville leaders get their butts out of the sand and designate a clothing-optional beach, anyone looking to sunbathe buck naked on the soft sands of Florida’s coastline can check out Playalinda Beach near Titusville, Haulover Beach in Ft. Lauderdale and Blind Creek Beach in Port St. Lucie. Just remember to follow nude beach etiquette like not parking your blanket directly next to another person. And for the love of Poseidon, please don’t run down the beach sans clothes (for obvious reasons). Also, bring a friend and avoid any type of sexual activity—no smooches with your partner even. It should go without saying, but, don’t gawk. Respect the environment and keep it clean. NO PHOTOS PLEASE!

If you’re more of a private resort type of person, there are three in Northeast Florida you can frolic around in your birthday suit. Hidden River in Macclenny, Sunny Sands in Pierson and the Suwannee Valley Resort in White Springs. They have a slew of recreation activities, as well, except for pickleball. But we figure that’s only a matter of time.

A final note: Folio is not suggesting you go out in public naked. Seriously, we have enough Florida men (and women) doing that already. Plus, it’s also against the law to frolic in the buff in unapproved areas. (FYI, an indecent exposure charge is punishable up to a year in jail.) In other words, keep your birthday suits where they belong—in private or legally designated spaces.